Due to Covid-19 restrictions, our main office is open to customers and the general public by appointment only. If you would like to pick something up at our location, please call 206-366-9543 to set up an appointment time. Thank you for your understanding. 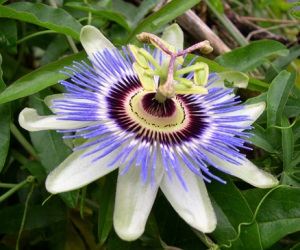 Herbal supplements containing kava or passionflower appear to be a safe and effective treatment for the symptoms of anxiety, a new review of existing research suggests.

Kava and passionflower have long been used in traditional medicine for their calming properties, and the herbs are now sold in stores as capsules or liquid extracts. The evidence is “strong” that such products may actually help people with anxiety, according to the review.
By contrast, the authors found insufficient evidence for the use of St. John’s wort, a popular herbal remedy used primarily to treat mild depression.

Experts not involved in the study say the findings should be taken with a grain of salt, however.

The review’s conclusions are “premature,” says Mary Chavez, a professor of pharmacy practice at the Texas A&M Health Science Center, in Kingsville. “The studies [the authors] look at are very small and short, and they don’t go into the quality of the studies. They’re preliminary studies, and I think more supportive studies are needed before we can recommend such products.”

People who are experiencing anxiety should not consider this review an endorsement to start popping kava or passionflower capsules, Chavez says. Nor should anxiety patients currently taking prescription drugs switch to herbal remedies without consulting their doctor.

The review, which included 24 studies comprising about 2,600 people, was published in Nutrition Journal and was conducted by researchers at the Global Neuroscience Initiative Foundation, a small nonprofit organization in Los Angeles dedicated to neurological and mental-health research and awareness.

Twenty-one of the studies included in the review were randomized controlled trials, which are considered the gold standard for scientific research. Most of the study participants had been diagnosed with anxiety disorder or depression, but some were experiencing anxiety stemming from a health condition, such as surgery or perimenopause.

An estimated 40 million adults in the U.S. have an anxiety disorder, according to the National Institute of Mental Health. Anxiety disorders include obsessive-compulsive disorder (OCD), social phobia, and generalized anxiety disorder, and are usually treated with prescription drugs, talk therapy, or both.

Robert Schwartz, MD, a professor of family medicine and community health at the University of Miami’s Miller School of Medicine, does not recommend herbal or nutritional supplements to patients with anxiety and does not consider them a viable alternative to mainstream treatments. “I think most physicians are extremely reluctant to make recommendations on supplements,” he says.

The research on herbal remedies is spotty, and reports of toxicity, product impurities, and inconsistent levels of active ingredients across brands continue to worry doctors, Dr. Schwartz says. “Most physicians, including myself, are extremely cautious.”

Moreover, he adds, herbal remedies may interact in harmful ways with a wide range of prescription drugs. For instance, St. John’s wort has been shown to undermine the effectiveness of warfarin, a blood-thinning drug taken by heart patients to reduce the risk of dangerous blood clots.

The Food and Drug Administration does not test the ingredients or safety of all herbal products and nutritional supplements before they appear in stores, as it does with prescription drugs. With the assistance of supplement manufacturers, the FDA does track consumer reports of side effects and other problems, however.

In 2002, the FDA warned consumers about reports of liver damage associated with kava, but the agency stopped short of pulling the product from shelves—a step that public health officials in other countries have taken.

Questions surrounding the safety and effectiveness of supplements do not seem to have deterred consumers. Americans spent about $4.8 billion on herbal supplements in 2008, an increase of nearly 20% from a decade earlier, according to the Nutrition Business Journal.

In addition to the findings on kava, passionflower, and St. John’s wort, the authors of the review found “good but limited” evidence for the anxiety-reducing effects of supplements containing L-lysine and L-arginine, two amino acids produced naturally by the body. The evidence for the nutrient magnesium was “mixed,” the researchers say.

The review did not include research on valerian, an herb commonly used to treat insomnia and anxiety, although one study did look at a supplement that combined valerian and St. John’s wort. (According to the National Center for Complementary and Alternative Medicine, there is not enough evidence to recommend valerian for anxiety.)

Andrew Shao, PhD, the senior vice president of scientific and regulatory affairs at the Council for Responsible Nutrition, a trade association for the supplement industry, says that the review was systematic and balanced. But he acknowledges the uneven quality and lack of standardization among the studies.

We're happy you're here, and we're excited to help!


If you would like to receive our newsletter, please enter your email below.